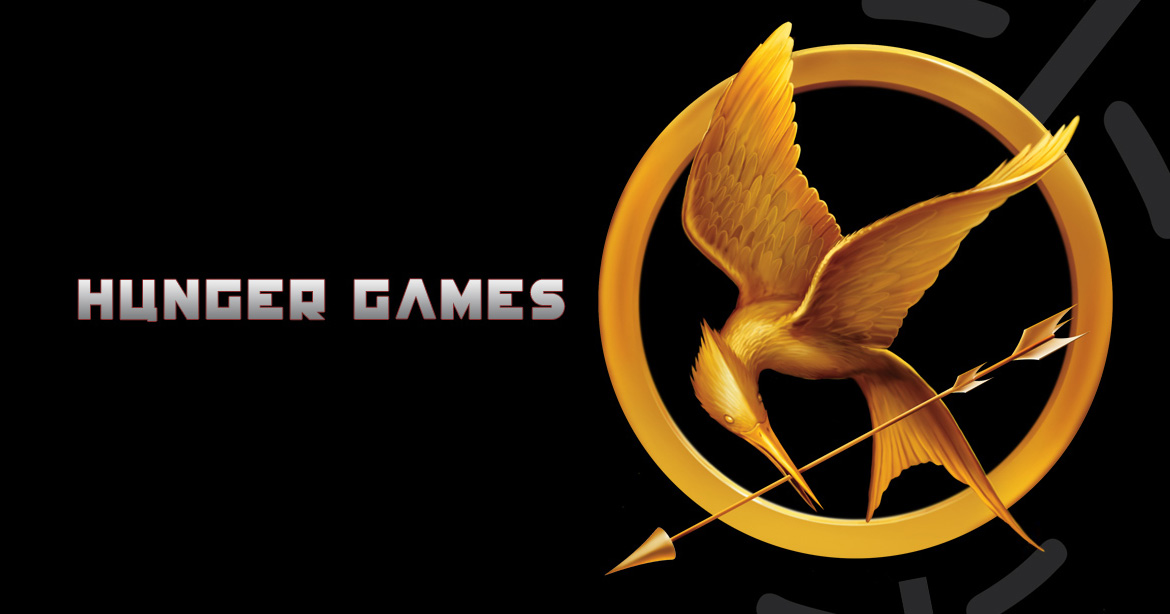 This is what I predict from Hollywood — known for taking a good story and butchering the crap out of it — for The Hunger Games film adaptation:

The overall premise of being a somewhat chick-centric tale with complex motivations and interpersonal relationships will be overshadowed by the testosterone-fueled Games themselves, turning what could be defined as a love story into an action flick.  Little attention will be given to the conflicting emotions behind Katniss’ relationship with her friend/confidante Gale and if there’s any romance at all it will be from the (in the book, largely-contrived) interactions between herself and her fellow tribute, Peeta.  But most of the energy and money will be going into the fighting, special effects (expect the opening ceremony of the Games to be fantastic since they are obviously going to spend ridiculous amounts of money to get Katniss’ and Peeta’s opening ceremony costumes right), and action sequences.  This will make for some problems later, as the relationship between Gale and Katniss becomes more complex and faceted, but — having set the precedent — they will continue to gloss over that relationship, making brief nods to the deep intimacy between them in the books but largely pushing Gale back to the sidelines for the entirety of the series.  If the Twilight movies are any indication, the actors they will find will be gorgeous but stilted, chosen for their looks more than their acting abilities, but we won’t care because they’ll be plastered on every wall and magazine cover (it’s already started) and t-shirt we see whenever we leave the house.  It will, in short, be the next Twilight, targeting tween and highschool girls and leaving all the complicated emotional stuff, dystopian setting, and morality tale along the wayside.

I hope this doesn’t happen.  But I really can’t expect much more.  When a significant amount of attention and money goes into something, it becomes less about remaining true to the original work and and maintaining some level of integrity, and more about appealing to the funders (ironically, this is a theme in the Hunger Games novels).  And as I was re-reading The Hunger Games, I couldn’t help but be overcome by the idea that this is going to make a really disappointing film.  Films based on books have, of late, been poor impersonations of the originals.  This wasn’t always the case, Misery and The Shining actually added something to the original in their screen adaptation (possibly this has something to do with Stephen King’s largely slightly-above-average writing leaving room for the director to add their own flourishes), and I don’t think anyone would argue that 2001: A Space Odyssey was a poor film adaptation (although, it’s possible we’re all still too perplexed by the movie to have given it any real thought).  But, you’ll notice that suddenly movies based on comic books and comic book characters are a thing again, and it seems like there’s this impetus to dumb down the content for mass viewing, to turn a good book into a comic book — strip down the story to the bare essentials.  Even comic

books make bad movies, though, as in the case of The Watchmen — there’s so much that is implied in a comic book, things that happen between the panels or is left to the imagination, that is explicitly shown in a movie.   About the only comic book Hollywood’s ever gotten right is Batman (referring to the first of the original series, and the new, reimagined Dark Knight Batman movies — the original being based more on a loose interpretation of the old school Batman of the original comics and the TV show and the latter based on the more recent, darker reinterpretation by Frank Miller and others later).  How can we expect Hollywood to get a book right, when it can’t get a comic book right? (I’m not necessarily trying to imply that comics are more simplistic than books — oftentimes they’re not — but a comic takes two important parts of the film-making process and does it for the film-makers: storyboarding and art direction.)

So, in a year, or two, or whenever they finish filming and post-production and release the first Hunger Games movie, brace yourself for disappointment.  If I’m wrong, we’ll both be pleasantly surprised together.  If I’m right, at least you were prepared.