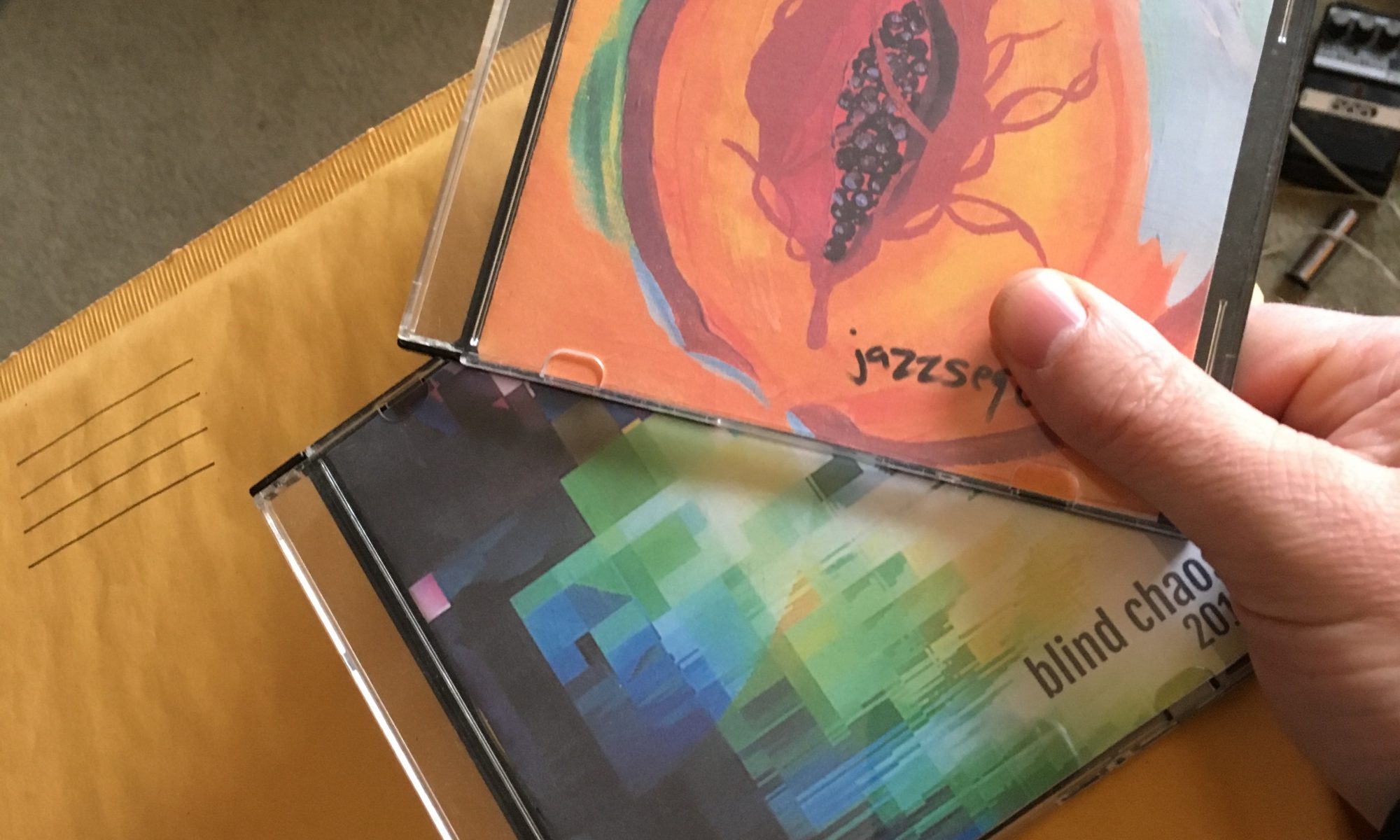 Another RPM is in the books and I thought I’d share some feelings about it.

This year I feel like I got in on a technicality. The album that I started at the beginning of the month isn’t done, and 2 of the songs on the CD I mailed to New Hampshire were from the kids’ scouts meetings last month in which I led the group in a discussion and lab about electronic music. So, it counts in that they were recorded in the month of February, but not, because they aren’t exactly mine. The 3 songs I recorded amounted to roughly 25 minutes of material, so, I was close regardless.

On the other hand, I participated in blind chaos again this year, so there’s one album, and I did produce > 35 minutes of music, so I’m still calling it a win.

Moreover, and more importantly, I’m feeling good about the project. It’s not done, and that’s okay. e and I have committed to trying to take time each night to work on art, and, honestly, that’s more important than a completed album.

In years past, I would scramble to get my RPM album done, then talk about and think about doing more stuff during the year otherwise, but it would usually never happen. This time, I feel like it’s a thing I can actually continue and, partially, that’s because we’re doing it together, even if we’re in separate rooms at the time. And I’m really enjoying seeing the finished paintings that go along with the music I’ve created and how they work together despite being created separately.

The recordings I’ve made are very rough, they are probably too long and need some work. But I’m getting used to a new laptop that doesn’t have all my stuff on it, a new version of the software, and being exceedingly out of practice since it’s been several years since I last touched an instrument. At some point, I will need to revisit the songs I’ve recorded and clean them up, but for now, I just need to get back into the habit of making music and getting comfortable again with the tools.

All in all, I’m happy with the result more because it marks the beginning  of a new project rather than the end.

We added some new art to the kids’ bedroom…