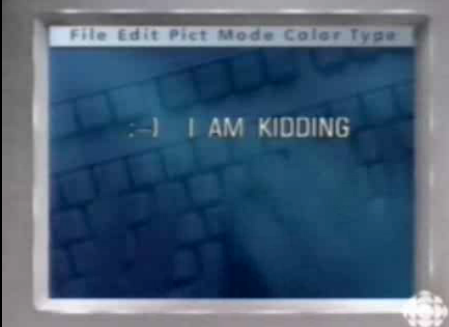 I was going to title this post “Private Internet Access: It’s like a condom for the internet” but the resulting image was a bit too graphic even for me. I must be getting old.

A few months ago, I started using BTGuard. It’s a proxy server that can be used for BitTorrent to route your traffic through their server so as far as your ISP sees, it just looks like random traffic, and they can’t see specifically what you are actually doing. BTGuard also offers a VPN, and I thought, after signing up for just the proxy, that I might switch to that at the end of my 3 month subscription period.

Then I came across Private Internet Access which was endorsed by the Electronic Frontier Foundation and the Internet Defense League. Private Internet Access is a full VPN and it’s actually cheaper than BTGuard’s proxy-only service (if you sign up for a full year, it’s half the cost of a year’s worth of BTGuard proxy or equivalent to 6 months with BTGuard). Taking a look at their site, it really looks like they have their act together and, in a recent survey and review of VPN services by TorrentFreak, they mentioned a team of lawyers. Team of lawyers? You mean they aren’t just some schmucks in Canada with an encrypted server?

Why do I care?

Privacy is more than just hiding your torrenting habits. Current US legislation is being proposed that would essentially allow websites to hand over information about you and your location without a warrant and grants them immunity from being sued if you ever find out that they used that information illegally (source: cispaisback.org. The issue of internet security has come up time and time again. We fight it, but it keeps coming back and it all comes down to removing our ownership over our own data, whether that be what I’m downloading, what I’m watching on Netflix, or what websites I’m going to.

I’ve been on the internet a long time. And back in the day, it really was like the wild west. No one (of import) really knew anything about what was going on and we liked it that way.

That was a long time ago, and the internet has since jumped the shark. Now we have businesses fighting for as much of your personal information as possible, and cybercriminals trying to steal that information (or use what they can find publicly on Facebook and Google) so they can use it to hack into your bank account and credit cards and steal your identity. And we have politicians trying to jump on the bandwagon as well, but a lot of them are still in the “that internet thing” stage (also known as “the internet is a series of tubes” phase) and really have no idea (see previous link) about how these laws they are proposing will affect normal people (and whether it will actually hinder or, in fact, help cybercriminals — be them identity thieves or your own ISP — do nasty stuff with your information).

There’s a reason curtains were invented…

I like the old days a lot better, when no one could peek at my traffic and be able to report back to some higher authority exactly what I was doing. It’s not about doing anything illegal, it’s about closing the blinds. You don’t get undressed with the window open and you take it for granted that no one should be peeking in on what websites you visit, what you type into Google, but you’re wrong. They are. And this is why people get upset about services like Facebook, Instagram and Google storing your personal information. It’s not about that data, it’s about having that data stored somewhere — what happens when someone thinks or has a reasonable suspicion that you are doing something you aren’t? You’ve heard of racial profiling? How long until there’s internet traffic profiling? Where you are suspected of a crime just by how much data you’re passing back and forth across the internet. Not very long, especially when these laws come to pass.

A VPN is basically like the old days of the internet, when you had a modem that wasn’t connected to the internet all day long (remember those?). You’re already connected to the internet via your broadband connection, but with a VPN you connect to a second server — your VPN server. The VPN (at least the VPNs provided by Private Internet Access) then encrypts your information and connection before sending you back off to the internet. And, as a side-effect, you look like you’re connecting from Arizona, or London, or Russia instead of from wherever in the world you are (based on which VPN you connect to). The upshot of this is, like connecting through a proxy server, your traffic — to your ISP — just looks like traffic to that server, they can’t see what you’re actually downloading because you are no longer running your internet connection through your ISPs servers, you’re running it through your VPN server. Which means your ISP can’t hand over data to whomever about what movie you were watching last night.

I’m not the biggest privacy buff out there. In fact, in most cases, I don’t care about what Google or Facebook do with my information because these days they are necessary evils I have to deal with to be able to communicate with friends and family I don’t see otherwise. That is a choice I’m making. Having my ISP packet-sniff my data and keep records of that is not. I don’t have a choice (not much of one, anyway) of ISPs, and I can’t say that any of the available options would be any better than any of the others in terms of not kowtowing to some organization’s whim to take a look at all my information because they think something fishy is happening within this particular range of IP addresses.

It’s sad and unfortunate that privacy services like these are necessary to just do normal things on the internet and not be afraid of someone looking up your skirt. And it’s possible someday that these things will be outlawed and you will have no choice but to hand over all your data to the government. But that’s why I’m backing the guys that have “a team of lawyers”.

May be time to permanently start using a VPN to browse the internet.