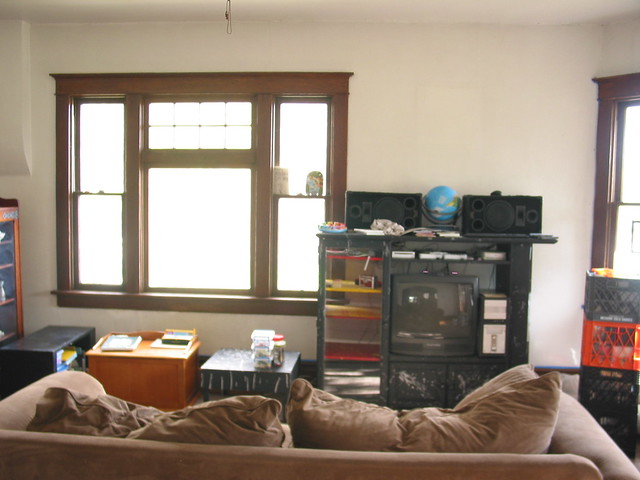 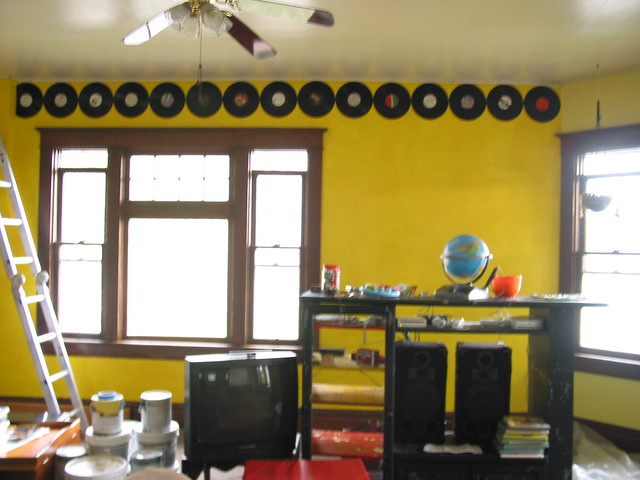 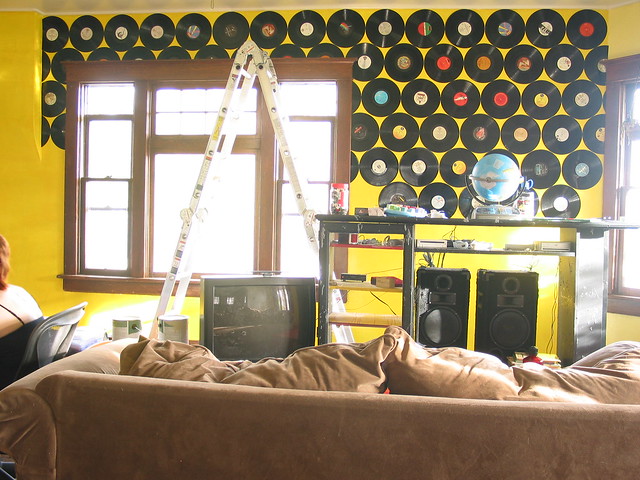 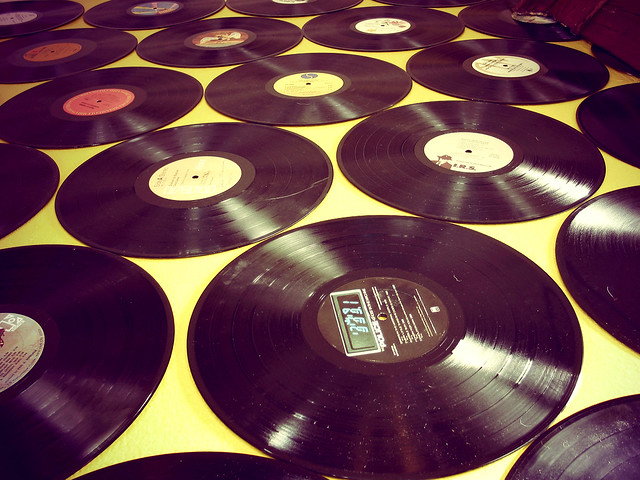 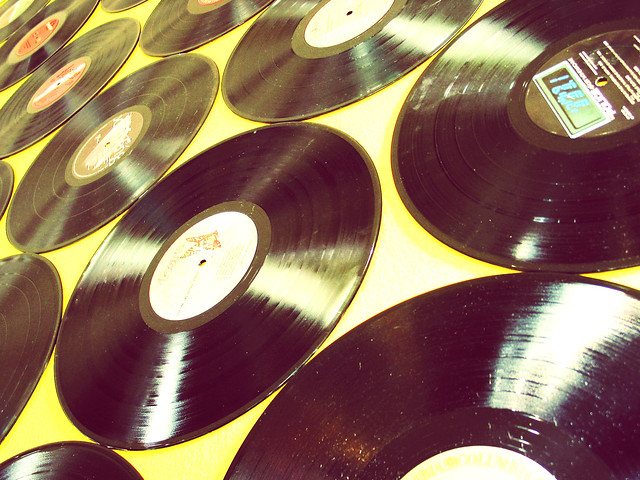 Today I went through my modest collection of vinyl records. Not to listen to. Not even to sort or alphabetize or chronologize or even to sell. I went through my records for a project that will involve mounting said records on one wall in our living room.

E and I had discussed, vaguely, the idea of mounting the records on the wall.  I recently reclaimed them from her parents’ basement where they’ve lived for the past several years and, since then, have been debating what to do with them.  Do I sell them on eBay?  At least half of them (if not more) are scratched and/or warped.  I’ve thought about getting frames and selling the framed album covers — which would be really cool, but a lot of my record sleeves are in shoddy condition as well, and that really only needs the sleeve, not specifically the vinyl itself.

So I went through the records, trying to see if there was anything I felt particularly attached to, that I needed to keep.  Because the other thought I had since reclaiming them was of setting up the record player in our new entertainment center that we acquired from the rental house behind us when the twentysomething punk rock kids moved out and left the stuff they weren’t taking with them on their front lawn.  A coat of black paint and some textured silver splatters later and we had a brand new, awesome-looking entertainment center.  But, along with that, goes the thought — it would be really easy for the kids to mess up the record player.  Needles are expensive and it would be easier for them to reach than it was for me to reach my dad’s record player when I was their age…better hold off on that…What I found was that there wasn’t really anything in there that I didn’t already have in some form or another that I was overly attached to.  And, for some of that stuff, I’d probably even like looking at it on the wall better than playing the scratchy vinyl…I have mp3s of The Police’s Synchronicity, why not show my love of The Police by staring at the unforgettable red, blue and yellow stripes on our wall?

We started plotting.  Prime all the walls, get some neon yellow to go behind the records, paint all the walls in that room, and then mount the records with strips of double-sided sticky foam stuff.  Planning on hitting the Home Depot tomorrow to start loading up on supplies.  Right now is a really good time to start painting because it’s not so hot that opening all the windows in the house will actually make the house hotter than it would be otherwise (like it will be in the summer).

I’m super-excited about this project and want to get started on it right away.  I can’t wait to start mounting my old records on the wall, like, right-freaking-now, but I will have to contain myself and wait until the rest of the room is painted (we decided, if we’re going to paint one wall, we might as well paint all of them, and if we paint all of them, better to hold off on mounting the records until the painting is done so as not to get paint splatters on the records.

E’s also planning on painting a maṇḍala on the facing wall.

This is going to be freaking sweet.