So, today the WordPress 3.8 Admin Help team met up in #wordpress-sfd — a fact that I would have forgotten entirely about had I not been at my computer coding at the time . Siobhan and one other made the meeting. That was fine. You may recall I mentioned something a while ago about getting involved in core development.  Siobhan said she wouldn’t be able to be the team lead because she’s got lots of stuff going on until December, so a new team lead would need to be figured out. I proposed waiting until next week to make the decision. But I somehow found myself taking charge of things anyway, making decisions, asking important questions and ultimately I resigned to just being the team lead because probably no one else would jump up to do it anyway.

So, yeah. I’m now the team lead for Admin Help. I guess this means that I’ll wind up on the credits page if this gets integrated into core in some form or other. 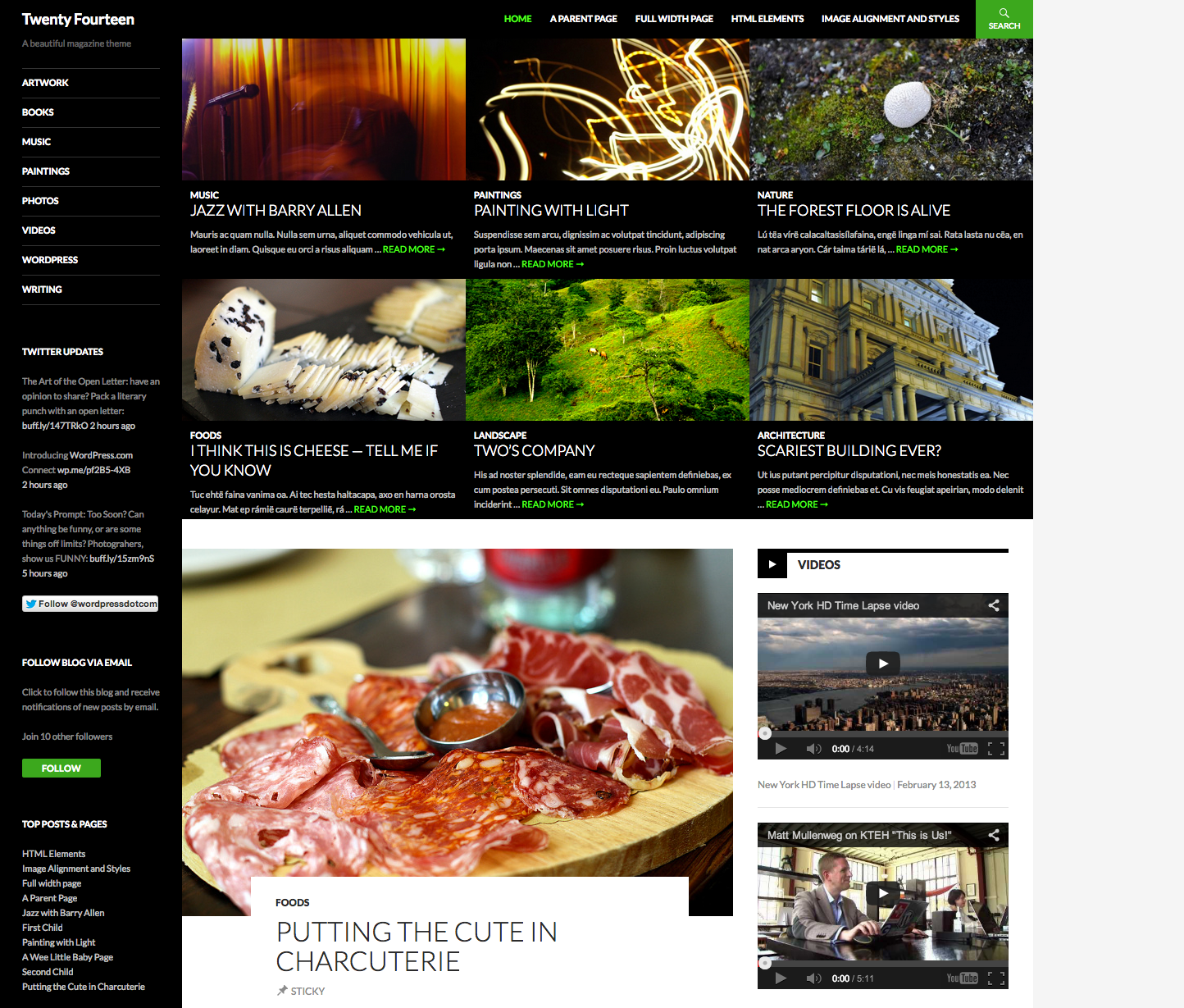 This year, I’ve made it a goal to get more involved in WordPress. Not just peripheral, documentation projects, not just committing plugins and themes to the repository, but also contributing (in whatever form it takes) to core. And, okay, there’s an ulterior motive at work — 3.8 is the release that Matt is leading.

So I went to the #wordpress-dev chat yesterday for dashboard help, and this morning for Twenty Fourteen. I don’t know yet if I’ll submit patches or anything but I’d like to. And this gives me an excuse to try on the new Twenty Fourteen theme.

Historically, using other people’s themes, I have to do quite a bit of work to make it suit my liking. That wasn’t the case with Twenty Fourteen. A couple option tweaks, some minor CSS changes and I’m good. However, I found a way to improve support/compatibility with my Notifications plugin, so it will have native support in Twenty Fourteen via the before do_action. Expect an update to Notifications to come in the next few days/week.

The other thing I quite like about Twenty Fourteen is how seamless it integrates into the admin bar and the dashboard, which I assume was intentional. The featured content can be a bit busy, we’ll see how that turns out. There was some discussion in IRC this morning about a slider because Matt wants one. If that happens, I’ll probably promptly switch themes. No sliders for me. For now, I like the way it lays out posts and post formats. It’s similar in aesthetic to The Morning After, which was one of my all-time favorite themes (pretty much right up until Woo started taking over support for it, at which point it inherited their options framework and I started hating it).

The help stuff interests me. I have no real good ideas about how to fix what’s broken (namely discoverability) but I’m interested in the subject and would be interested in taking a stab at implementing some ideas and at least being part of the discussion. If anything, this experiment has taught me that one of the ways to contribute is to just be part of the discussion.