In true RPM fashion, I’ve changed my mind re: plans for RPM album. It’s not going to be all about Trump.

While the thought process going into it is more personal/intimate, what I can say is why I’ve decided to switch gears.

In talking with e about the project — because she’s started painting and I wanted to use her art for the album — we started talking about art that challenges the artist and why many male artists (of various forms), in particular, use pain and suffering and misery as inspirations for their art. In music, you can hear it in Trent Reznor (especially early NIN but pretty much everything he’s ever done, ever), Kurt Cobain, I mean the list goes on. Pretty much the entirety of “alternative” music is some dude bitching about how everything is horrible. Isn’t the world bad enough that we don’t need to add more misery and suffering into it through art?

I’m no different. For a long time, I believed that a) all art was created through suffering and b) the only things I had to say were things that came from my own personal angst. I used to channel and hone the worst possible feelings in order to produce music. I would actually make myself unhappy in order to channel that negative energy into art.

Since then, I’ve learned that art (even, gasp, good art) can be made from emotions that are not harmful/painful. For me this is much more of a challenge having believed the other thing for so long.

So, how does this relate back to RPM? Well, the original concept was basically more of the same. It’s easy to get angry about Trump and make art from a place of anger and resistance. But that’s not challenging anything and that’s not changing anything. That’s Trent Reznor’s entire career. Maybe the topic for him has gone to “she dumped me and I’m unhappy” to “the world is shit and I’m really angry about it”, but the basic point is the same “life is shit, I suck, I’m going to go drown my sorrows in some good old fashioned substance abuse”.

We also talked about doing a collaborative project where we’re basically taking the same source/topic/emotion and creating art based out of it. In talking, this felt like a much more exciting project than bitching (musically) about Trump, so I’m much more interested and excited about this idea. 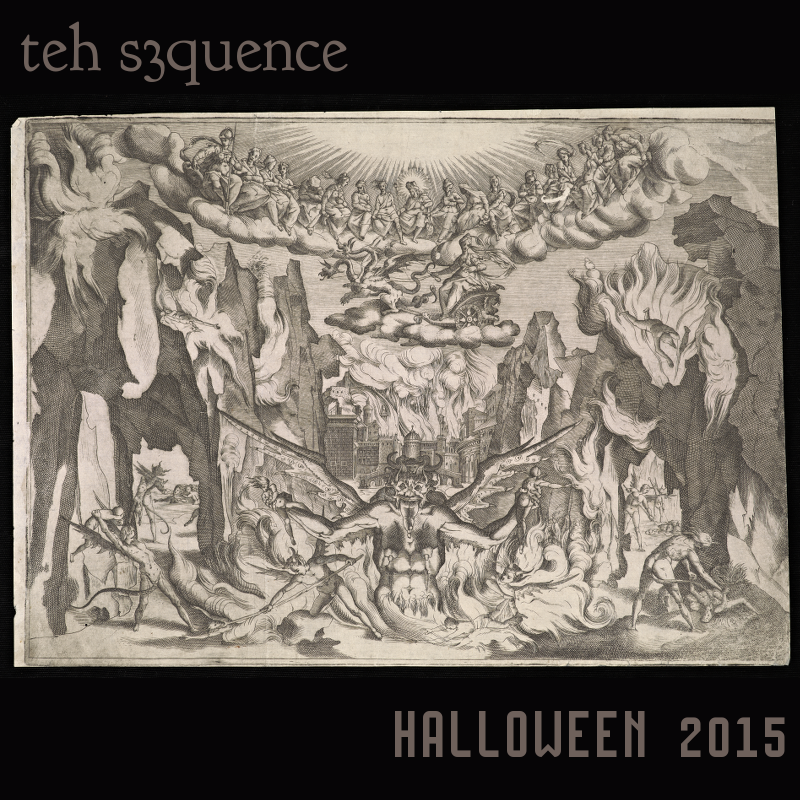 Teh s3quence – Halloween 2015 by Jazzsequence on Mixcloud

It’s been a while since I put one of these together so I thought it was time. This year’s Halloween mix collects a bunch of stuff that I could hear being included in a horror movie. Think of it as the soundtrack to the horror movie in my brain. Enjoy!

It’s been a long time since I’ve done one of these, so, with the best holiday (especially when it comes to music) coming along, it seemed the right time.  This mix is 90 minutes of spooky tracks to get your demonic groove on to.

a couple days old (sometimes it takes me a few days to catch up in my rss reader), but i wanted to get back on the music openness topic and throw this out there…from nin.com:

For 12 months, a core team of dozens of fans and a network of thousands spanning the entire globe pooled their efforts to create this professional-quality 1080p 5.1 concert film, and have released it in every format from Blu-ray and DVD to iPod and YouTube. It combines footage from all three shows and includes DVD menus, bonus footage, a PDF booklet, and more. That something of this scale was produced entirely by fans, on their own time, purely for the sake of giving something back to the community, is absolutely unprecedented.

check the nin site for the full backstory.  anyone marginally familiar with the 405 gigabytes (you read that right) of uncut footage from the lights in the sky tour know that it’s been floating around for a while and various people have done a variety of things with it including videos, live albums, etc.  but this takes the cake, and obviously the band is impressed.  it just goes to show you what can be done by crowdsourcing raw materials, and how deeply involved fans can get with the artists when the artists give them the keys to the castle.  seriously, this is pretty freaking awesome, i’m about to download my copy right now.