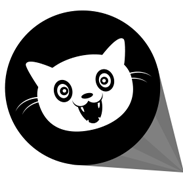 There are a number of caveats to this. Doing stuff for myself or my own projects would technically be working for free, but maybe I’m doing it to figure out how to do a new thing in WordPress or development in general or maybe this is for one of my business sites (so, ultimately — we hope — would lead to cash and not working for free). This is purely an economic thing — doing work for free means I don’t get paid (obviously) — and since I work primarily for myself, not getting paid is Kind Of A Big Deal. Ideally all my side projects will ultimately lead to paid work, even if it’s a matter of building experience and becoming a better developer.

That’s how my Cat Signal plugin started out. It was something that no one else had done yet and I did it for myself and to play more with the Settings API and validation best practices and trying to make myself sure that I am _doing_it_right() in terms of writing good WordPress code. When it was done, and still no one else had done it yet, and people started to download it, I thought, “huh, well, maybe it would be a good idea to let the Internet Defense League know that I did this, and they can maybe post a link to it on their site or whatever.” I’d like to take a second to point out that they never contacted me to do this plugin (they probably wouldn’t know me to contact me and presumably they didn’t contact anybody). This plugin was built organically out of a need to have a plugin to run the javascript for the IDL alerts without having to hack your theme and lose that stuff next time there’s a campaign.

Since then, I’ve been contacted by some folks at the IDL and invited to join their developer Google Group (though it’s open to non-devs as well) and have learned that not only are they actively promoting the plugin for their WordPress users to test it out in advance of a campaign that’s coming up, but that there’s this wider world of people who I wasn’t developing for because I built this originally for myself. And this is what every developer wants, right? You write code you think is useful and hope that other people find it useful, too. But even better than that is to be promoting a cause, and the Internet Defense League is a cause.

In my experience, causes tend not to pay very well. In fact, coding for causes has, historically, sucked. That’s speaking from a web designer standpoint where I’m building a site for a non-profit who really doesn’t have a lot of funds to pay for the work they need done. But there’s really only so much of that that you can do before you go broke, right? You can’t make a living working for free. For my part, this wider audience for the Cat Signal plugin has a) made me aware of a stupid oops I left in the code b) made me aware of a way to test whether the script was installed correctly that I didn’t know about and c) showed me some areas where I could improve the plugin. Which goes back to the original intent of doing this to increase my knowledge and skills and I learned a new php function (is_numeric()) in the process.

This morning I responded to a forum post in the Cat Signal support forums about what else can be done to impact the cause (or causes) which led me to write a pseudo-philosophical/political/ideological response about activism, awareness, social engineering and education. In a WordPress support forum. I’ve been involved in activist groups in the past and it all comes back to making people aware that there’s something worth caring about.  Which is what the plugin and the IDL Cat Signal does. It’s not going to force the issue if it’s not going to be forced, and it’s not the same as donating cash, which is always the best way to help these causes and activist groups. But talking about civic responsibility (yes, I went there) and how every individual is responsible for doing their part in a democratic system if you don’t agree with something that’s going on made me happy to be contributing in my small part to a wider cause that reflects how I look at the world sans actually getting paid.  (Although, getting paid for this would be even more awesome. Just sayin‘. *cough*)