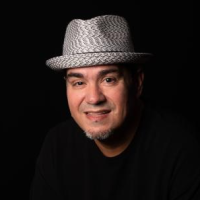 If you asked me a year ago who Chris Lema was, I wouldn’t be able to tell you. My experience up to that point was a brief mention by my friend Josh at Event Espresso that his was a blog worth reading. Chris tweets a lot — one of my biggest turn-offs when I am looking at people to follow on Twitter — and his blogged looked like business, marketing and strategy stuff. At the time, I didn’t look any closer than that. Sure, it seemed like he was Kind of A Big Deal, and lots of WordPress-types followed him, but that’s not really my bag, baby, so I moved on.

Then Chris was on the DradCast and later spoke at WordCamp Miami (which was livestreamed), and it was there that he blew my mind in his description of his hiring process and setting up a situation where your applicant is going to fail, and deciding whether to hire them based on how they failed. It was a process that mirrored my experience with the Automattic interview and trial process that I’d gone through not too long ago. (Yes, I interviewed and trialed for Automattic. Suffice to say, if I had gotten the gig, I would have blogged up to high heaven about it. Instead, I think of that as the first attempt of however many it takes. And now that I know the rules of engagement, I can be better prepared for next time.)

So, I started following Chris on Twitter. I still don’t RSS his blog because, honestly, I rarely look at my RSS feeds anyway except to see if there’s a new XKCD. But I have a couple services that suggest stuff for me to read based on who I follow or what other stuff I read, and that’s how I came across his post on the best tools for your website.

The man knows how to tell a story

In college, I was in a storytelling seminar. Partially I enrolled because storytelling, to me — especially at the time — was code for role-playing, and I knew the person leading the seminar — a former student — used to role play. But he was also an amazing storyteller. We had pseudo-tribal bonfire gatherings where we started a bonfire, played drums and danced, and told stories in the traditional Native American sense. We had our own oral tradition, tall tales of the Tree of Many Things and the White Buffalo. (Our war cry/chant was “BUFFALO!” — you really need to hear the story to understand. And even then, it’s pretty random. Just go with it.) And when Ben told the stories, people listened. He was easily the best storyteller in the community.

I say this, because — despite the fact that my Storytelling class had nothing to do with role playing — I know a thing or two about crafting a story, about building the plot and engaging your audience. The class was largely about storytelling in the oral sense, but the same rules apply to writing — at least if you’re writing in a certain style.

Chris is a storyteller. Rather than writing a dry blog post about tools, he opens the post with a story about paintballing. The common theme is being prepared (or unprepared), and the actual tools he talks about, don’t come in until the tail end of the post — a brief top 10 list with no real elaborate description behind any of them.

THAT, my friends, is why I read Chris’ blog. Because it’s the exact opposite of what I thought his blog would be when I first went to his site a year ago. It’s not dry, marketing and business school stuff (I mean, I’m sure there’s some of that stuff in there, too), it’s stories. I went paintballing once, too. I was the same age as the 10-16 year olds he described and it was in a big, converted warehouse, with forts to climb on and hide in and walls to hide behind. It was the paramilitary wet dream of a 10-16 year old who grew up watching G.I. Joe cartoons and it was awesome. Anytime anyone talks about paintballing, it grabs my attention, and the metaphor he uses to tie it into starting a blog works.

Go read Chris’ blog. Read his post about the best tools for your site (which is secretly just a post about paintballing). Do it now. You can thank me in the comments.