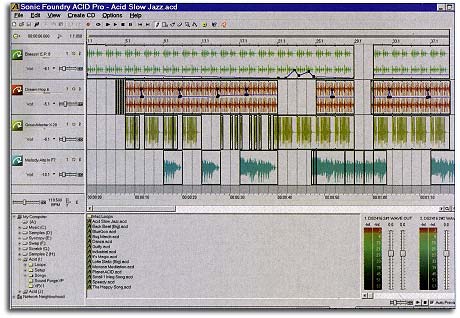 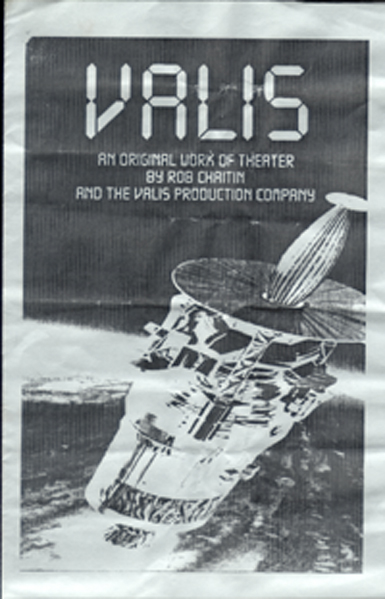 The next semester I went abroad to England where I continued doing more or less what I’d been doing until I heard the score for a stage adaptation of Philip K. Dick’s VALIS by my friend (and former roommate) Tess Tanen.  The writer/director, Rob, had asked both of us if we’d be interested in participating but I couldn’t because I’d be across the pond.  Nonetheless, I was anxious to be involved and hearing Tess’s score inspired me.  Being in England, I was immersed in DJ culture, discovered underground UK Garage and drum & bass, and was DJ’ing on the University’s radio station and occasionally at a club run by a group of the students.  At the same time I was immersed in the local goth scene.  In the UK, goth had closer ties to metal and — simultaneously — electronica, and there wasn’t the sort of hard defined boundaries between different sub-sub-cultures like I saw at home.  It was perfectly normal for someone to be heavily into “cybergoth” — listening to ATB, Paul VanDyk and Paul Oakenfold — to get tickets to see Iron Maiden at Wembley Stadium. So, it was through these influences that the VALIS Remix Album came to be.   I was very interested in creating a unique sound that was a combination of various musical influences and styles which included hip-hop, electronic music, and experimental music.

And then there was The Loafmen.  There were four of us, myself included, in the Experimental Music class plus one other person — the previously mentioned Rob, a former student.  Rob, Peter, Tess and I were all in Rob’s car listening to something in Rob’s vast post-rock collection (most likely Don Caballero), when one of us said “we should start a band”.  This didn’t actually sound half-bad so we recruited Crissy, another student in the class who  played drums, and became The Loafmen (named after the “loaves of squeaking viscera” in a rubber skeleton toy that Crissy had).  The Loafmen were part performance art, part experimental music, and part post-rock and truly a product of the ideas we were immersing ourselves in inside and outside the Experimental Music class.  This, in turn, had an effect on the types of things I was experimenting with and what I was experimenting with had an effect on what I brought to The Loafmen.  The Loafmen had four rules: